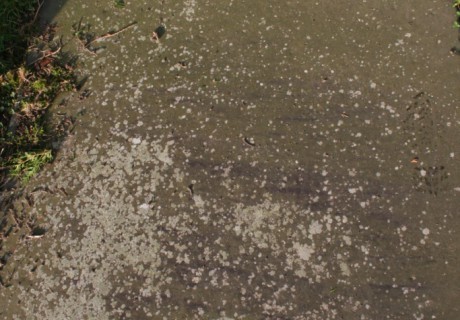 Blank left on bottom of stone presumably to be filled in at a later date.